The 4th of December saw ATCMCRC host a 4 hour touring car enduro at our Kambah track. Three teams lined up: TEAM HOTEL ILLEVSKI, TEAM WRC and TEAM SEARL RACING GOGGLES. The format was one ISTC 21.5 Touring Car per team, with a single set of Solaris 36's per car.

The pace was fast from the first lap with HOTEL ILLEVSKI and TEAM WRC setting the early pace. As you would expect from a national titles winning car, the HOTEL ILLEVSKI Yokomo BD11 was blindingly fast, however running an unchanged setup from the higher grip nationals track, the team found the car challenging to keep out of trouble. 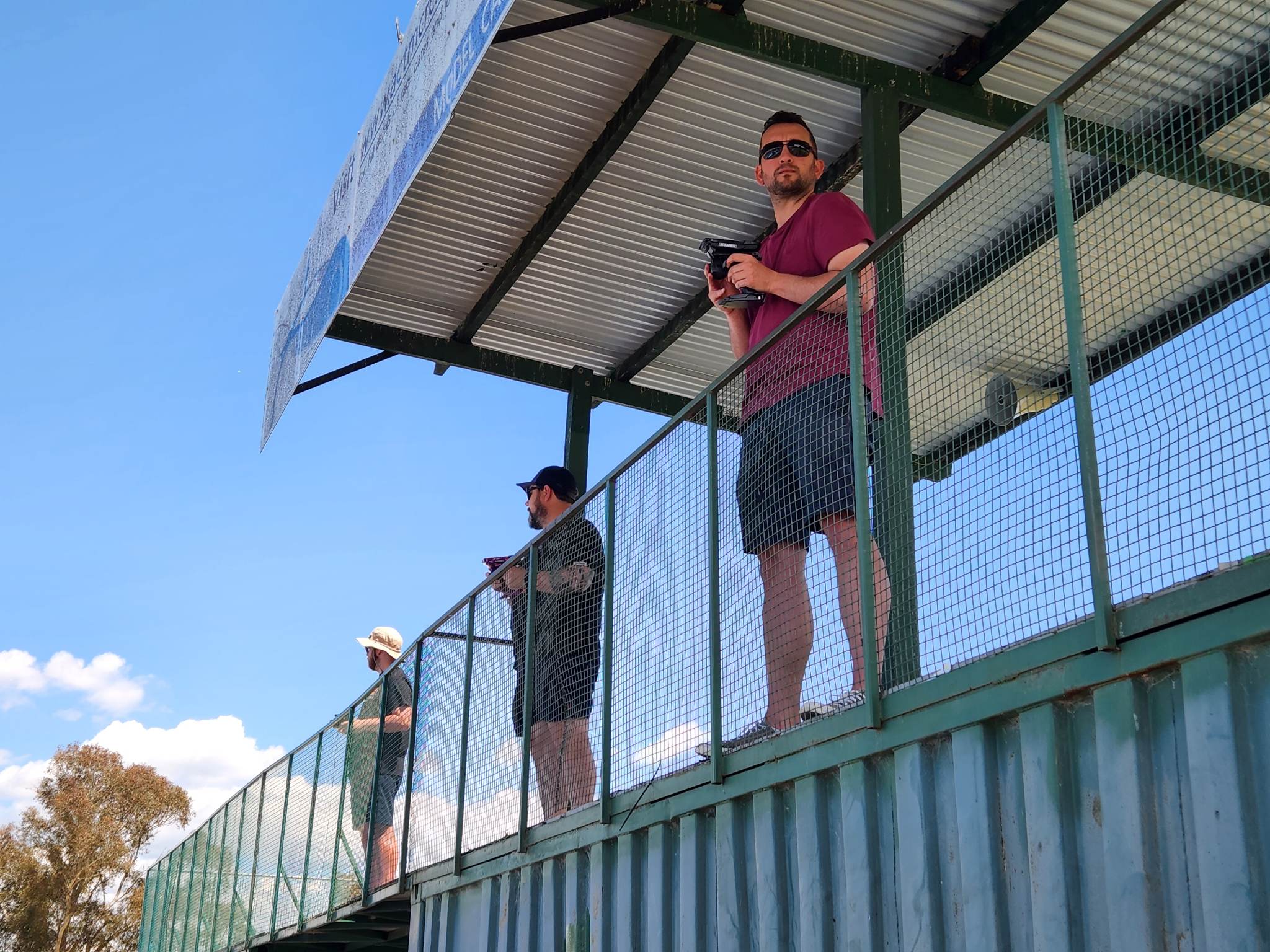 Sensing an opening the TEAM WRC STX.7 took advantage of an uncharacteristic mistake by the newly crowned 13.5 national champion taking the lead and holding onto it until the first battery change. Meanwhile, TEAM SRG with a slightly slower pace struggled to hold onto the lead lap.

The first stroke of bad luck hit TEAM HOTEL ILLEVSKI before the first battery change with a rock finding it's way into the Yokomo spur gear, forcing an early pitstop and promoting TEAM SRG into second place.

TEAM WRC was the first team to pit on schedule, giving TEAM SRG the lead on track. Meanwhile TEAM HOTEL ILLEVSKI, with clearly the fastest package, managed to strike back, regaining second place, and forcing the still composed WRC car into third place. As WRC and the HOTEL traded places over the course of the next few laps, TEAM SRG continued on their original battery, raising some questions about how the different strategies might play out.

Once the SRG Xpress XQ10 finally pit for its first battery change, narrowly managing to hold on to its small lead, it became clear that a great race was brewing. Different strategies and pace leaving a clear favourite impossible to predict.

TEAM HOTEL ILLEVSKI is now hit with yet more bad luck as a combination of spur gear fouling and some mechanical bad luck forcing an extended stay in the pits, leaving the championship winning Yokomo well off the lead lap. The team pulled everything together with some setup tweaks improving the BD11's drivability and squeezing even more speed out of the already blisteringly quick car. Laying down a 22.8 second lap on 240 lap old tyres! With that kind of pace, and the talent of the team drivers, no-one was willing to write them off. 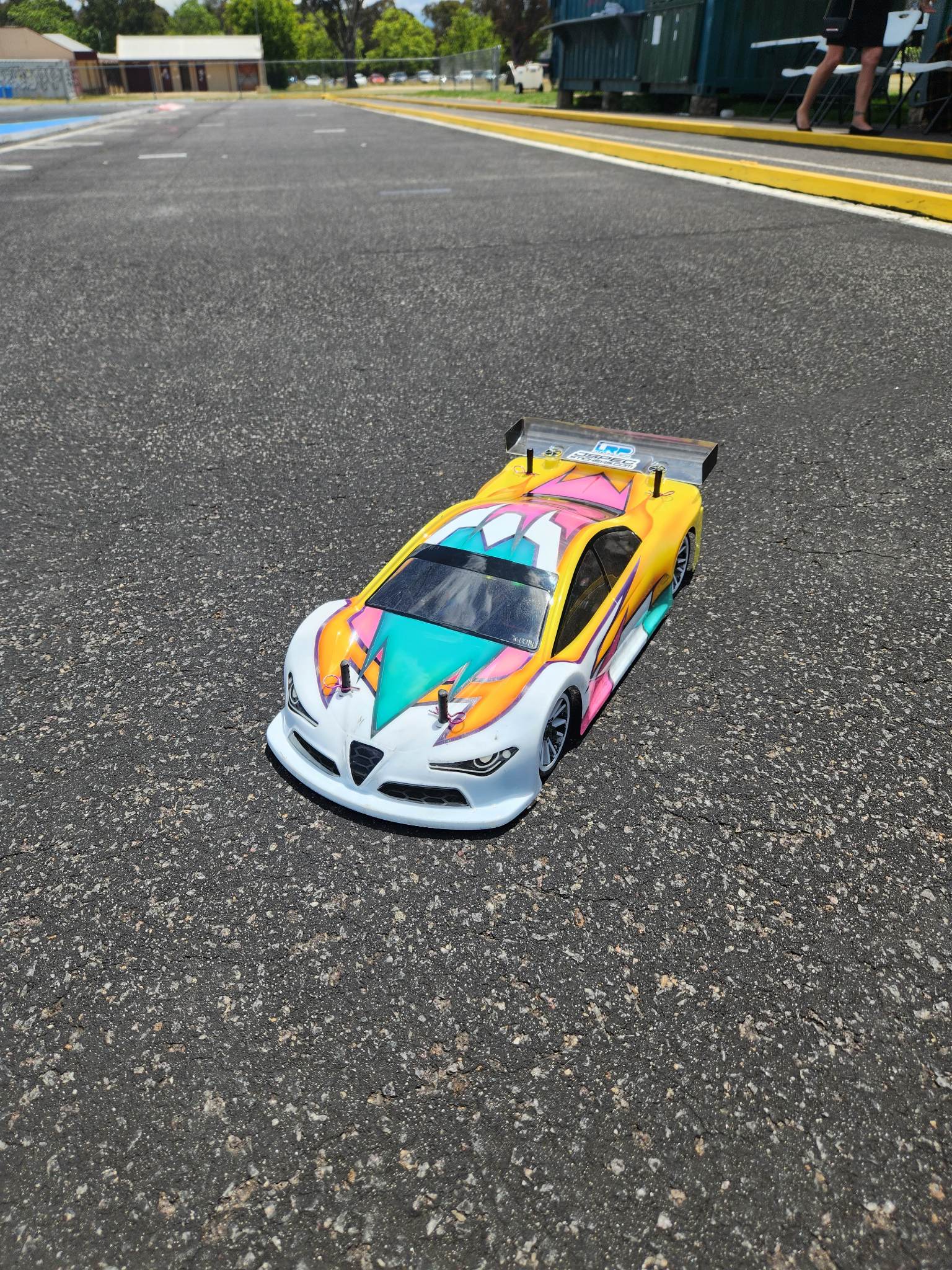 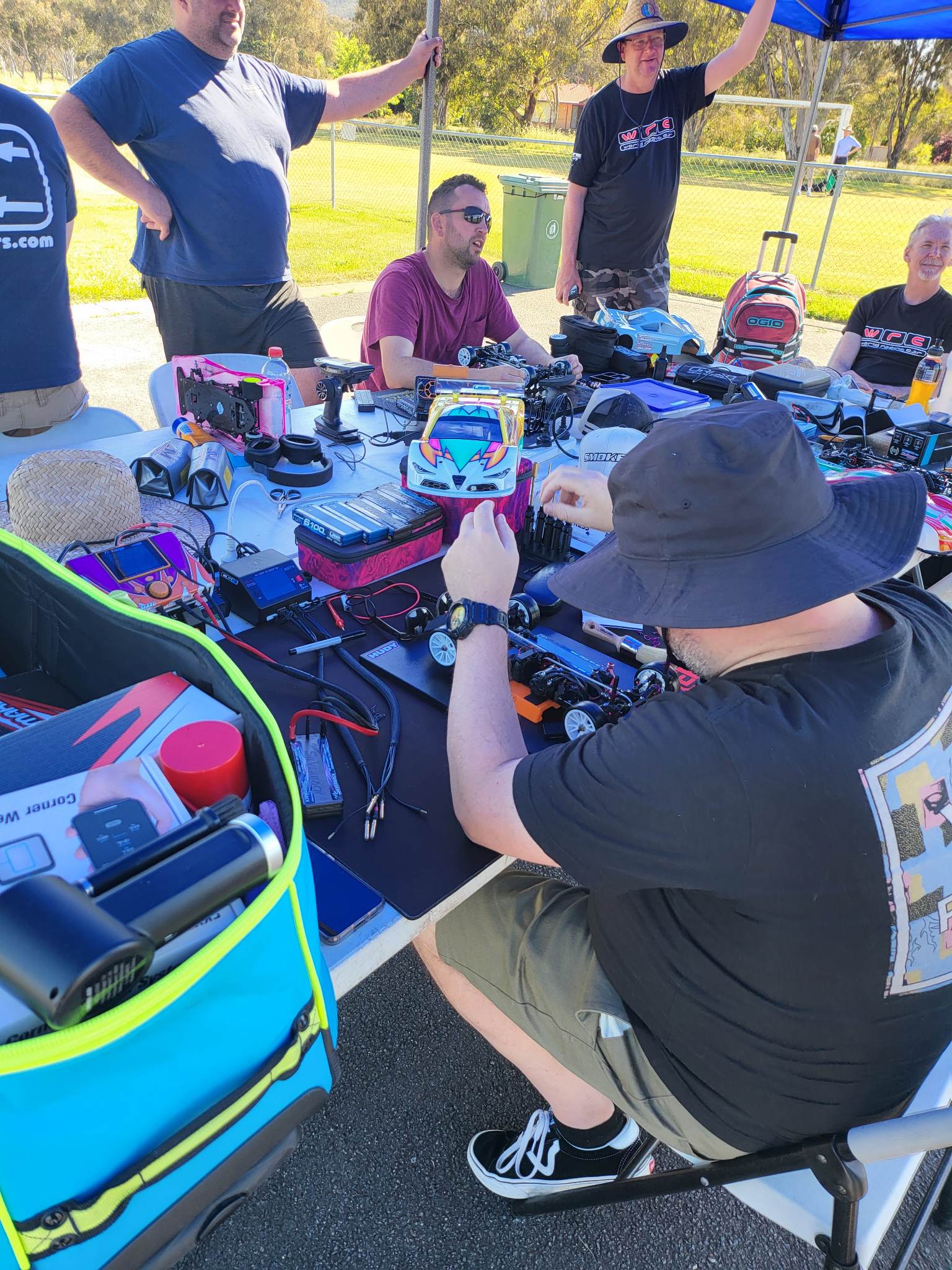 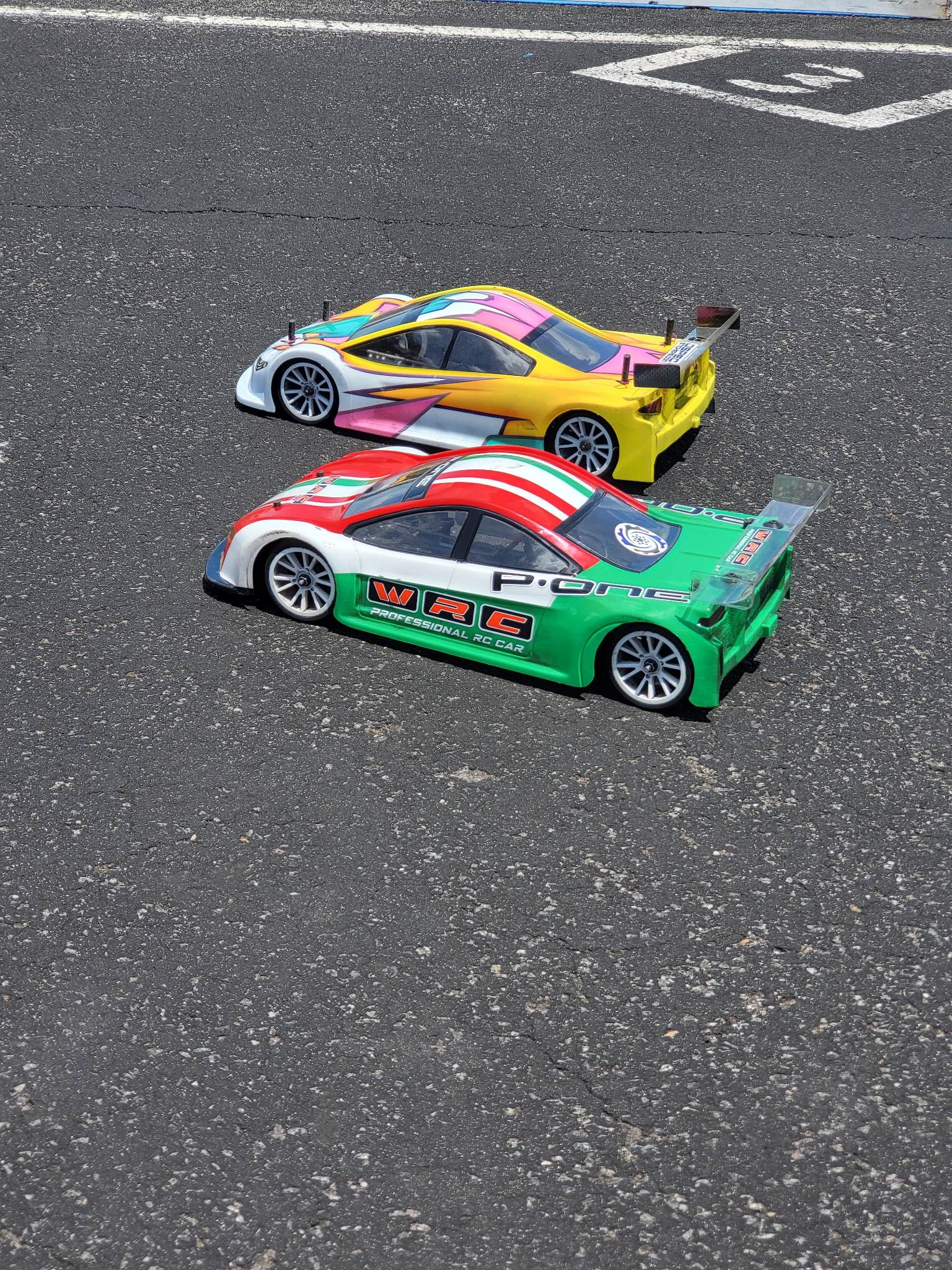 As the second half of the race approached TEAM WRC was closing in on TEAM SRG. The lead swapped several times on battery changes, however at this point it started to become clear that TEAM SRG had an advantage in both duration between stops, and time in the pits. The Xpress XQ10 battery holders allowed the TEAM SRG batteries to be replaced without removing the car's bodyshell.

Just after lap 400, the final stroke of bad luck fell on TEAM HOTEL ILLEVSKI, with the car retiring due to yet more mechanical misfortune. The race was now down to WRC vs SRG. Combining some very strong stints with ever improving battery change times, TEAM SRG started building a worrying lead over TEAM WRC. The WRC TEAM now opted to lean on the day's strongest driver to perform double and triple stints in an attempt to claw back the lead. Unfortunately TEAM WRC's one and only reliability issue struck them at the worst possible time, with a flat battery costing the team a lap and a dash back to the pits. 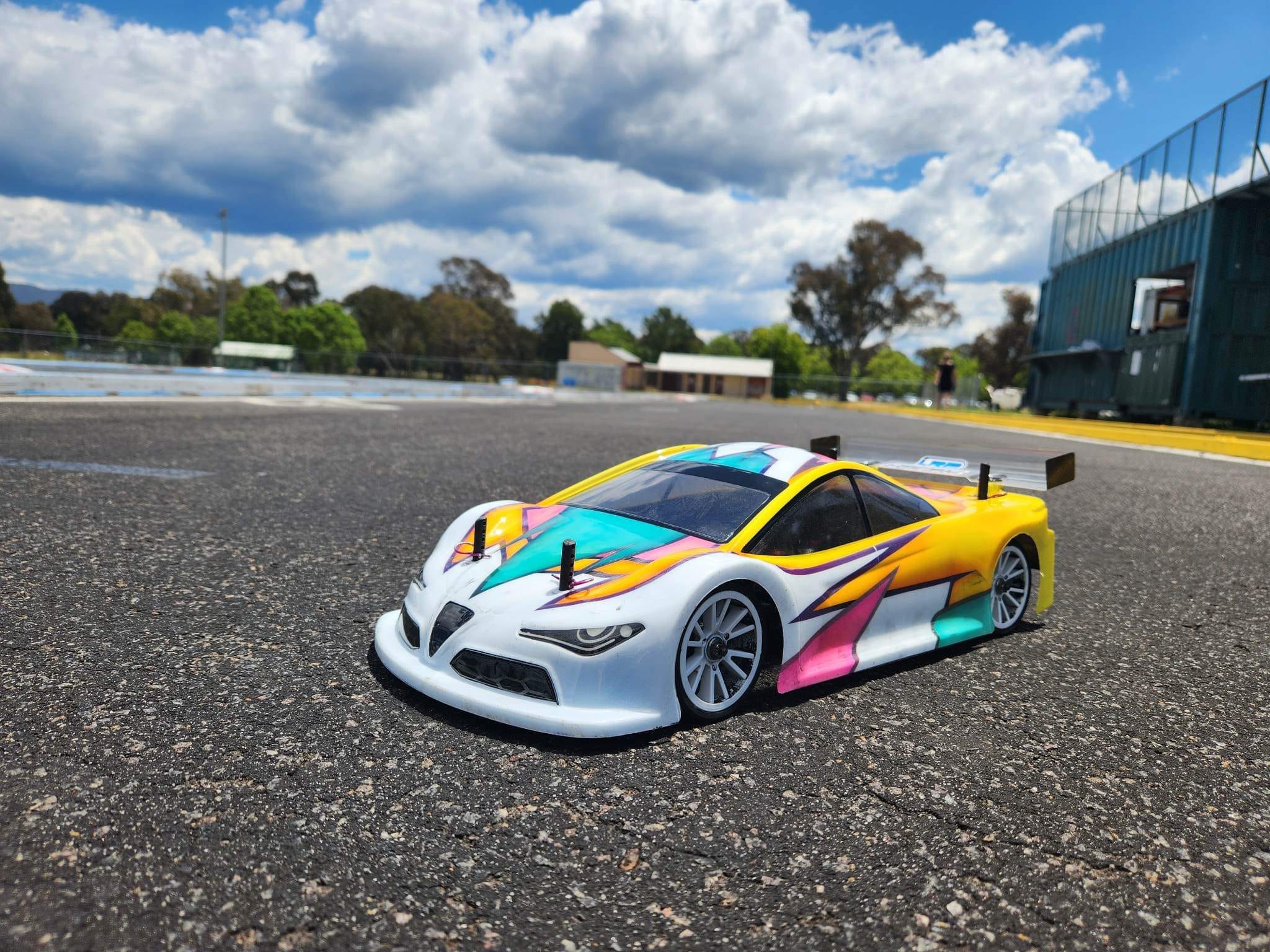 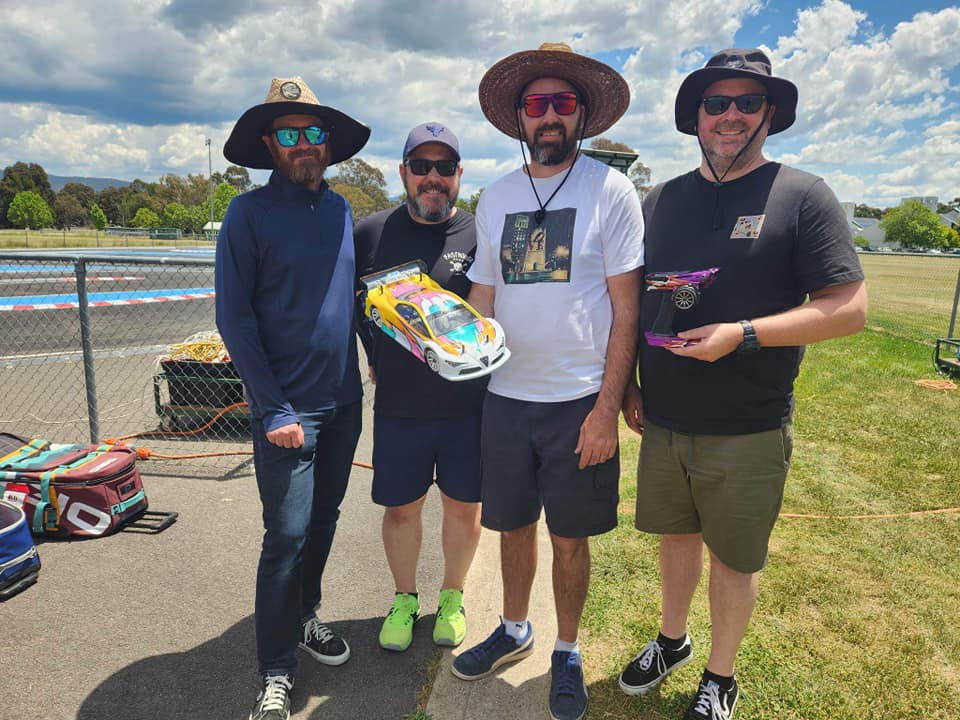 As the final minutes of the race approached, TEAM WRC left everything on the track, with an extra long final stint, hoping that the Xpress XQ10 would finally get its share of bad luck. But it wasn't to be and the SRG Xpress crossed the line at almost exactly the same pace as it started. 567 laps with no mishaps or misfortune.

A great day, amazing fun and an awesome way to get some consistency into your driving. Don't miss out on next year's event, get that team organised ASAP!

Are you sure you want to withdraw from this event ?